Although the forecast was for partial rain, we decided to head to Fort Henry, the fort built on the corner of the Rideau Canal, the St. Lawrence River and Lake Ontario to protect Kingston and the Rideau Canal from American attack after the War of 1812. We enjoyed a tour, ate lunch at the “commissary” and looked at various exhibits on our own.

Most acting  “officers” and  “privates” are college students that do an excellent job with the tours, answering questions and enacting drills that would have been performed during the soldier duties in the 1800’s. It also became clear that being a soldier here in 1850 was a very difficult life for the enlisted men. 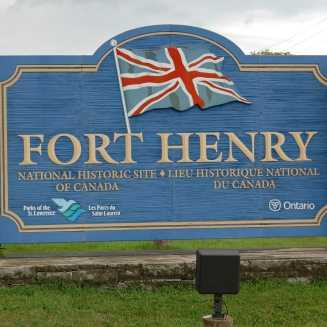 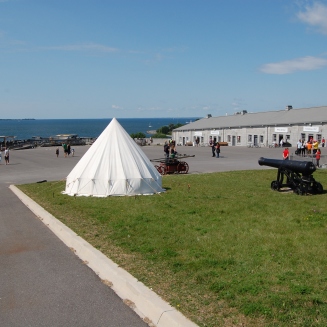 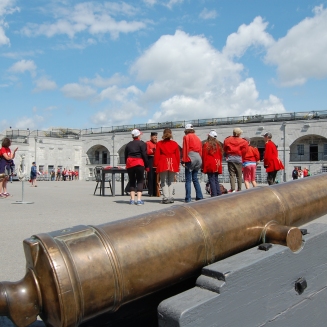 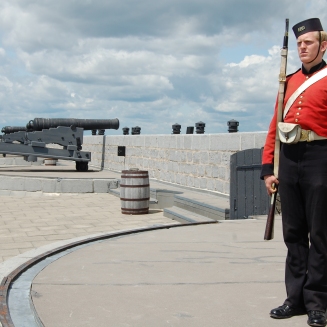 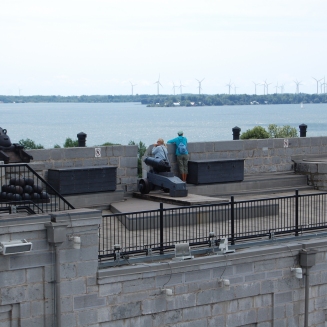 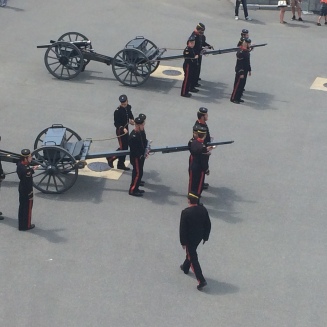 Fortunately Monica and I were in the shops when it started to pour and there were many places for everyone to duck out of the storm. Shaun caught an interesting photo of an entire family on their devices including the toddler! 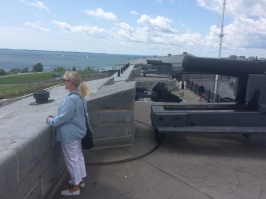 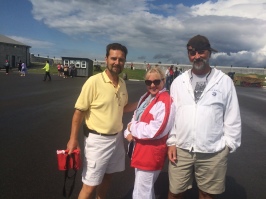 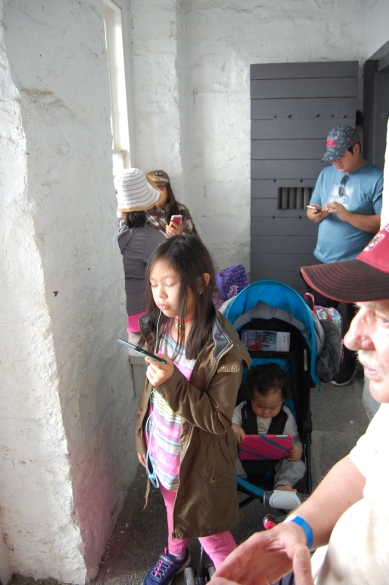 Dinner was a Vietnamese and Thai meal thanks to Monica and Shaun and then we played a game of Cribbage before we retired. Shaun is kind enough to play with us!