While still based in Mobile Alabama, we drove our rental to another Air Museum (surprise!). Fortunately I usually find some areas of interest besides the actual airplanes while Dirk enjoys seeing and learning about the history and unique features of the planes. We joined a tour at first, and then I left to watch one of the excellent movies presented at the museum – this one about the Marine training programs, narrated by Gene Hackman, a former Marine. Pretty amazing what the men and women go through in training.  There was also a moon landing lunar module on exhibit and a run through of all the Apollo missions which I enjoyed. 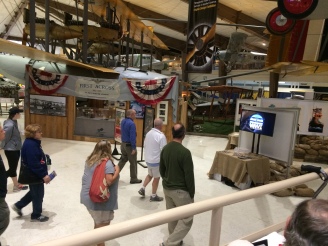 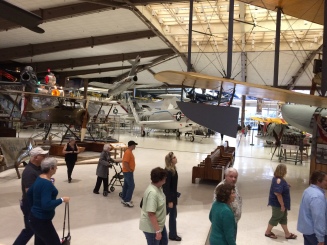 Of course I checked out the store but saw no cool airplane items – it was all Navy, Army, Blue Angels… But there were some “interesting” (as in goolish I thought) legos for kids. Let me know your favorite! 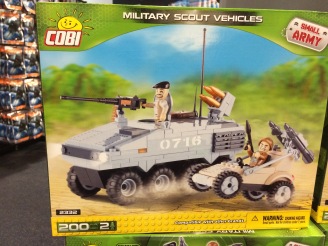 We took the coastal road to Pensacola along the Alabama Gulf beaches. They are beautiful sand beaches just like we’ve seen along the east coast – I was surprised for some reason. A couple that had just arrived from Illinois with their RV to spend a few months in the area took my photo. There were going to enjoy the beach no matter how chilly it was. 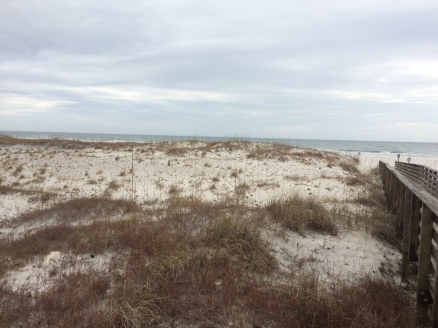 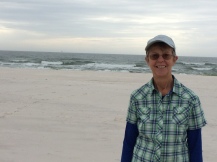 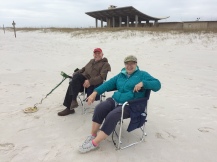 We also stopped at a famous night club called Flora-bama on the state line between Alabama and Florida. It’s a huge rambling shack with multiple bars and live music most of the year. We could imagine how it must rock in the summer. (It was in the high 50s during our visit). 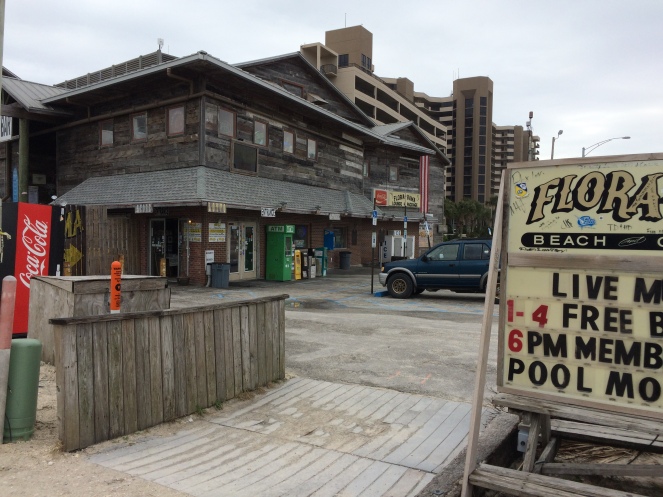 One thought on “Naval Air Museum in Pensacola FL”