November 9 and 10, Thursday and Friday, from Demopolis to Bobby’s Camp to mm 5.28 anchorage

Since there is a lock a few miles south of the Demopolis marina, the marina recommends that people traveling south the next day meet at 4:00 pm to coordinate a time to leave together in the morning. This planning helps the lockmaster get more boats through at the same time, and gives us travelers a better chance at getting through the lock early in the day. It was agreed that we would leave at 6am and a designated caller checked in with the lockmaster at 5:45 am. He said to come along and we did! There were 5 of us in the lock I believe. 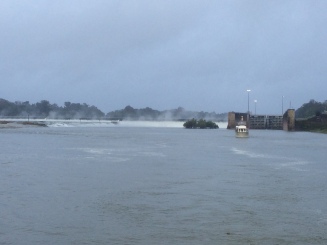 Dirk and I had planned to stop in an anchorage about 60 miles south (a long enough day), but it was only 1:30 pm when we got there so we kept going. The river current was helping our speed, and we weren’t tired (yet). As a result, we arrived at a well-known, unusual “marina” named Bobby’s Camp before dusk, which was the target for the next day! So we gained a day in our effort of getting south to warmer weather. It was our longest day on the loop we think (87 miles).

Bobby’s Camp offers fuel, docks for about four 40′ boats, and has a Alabama catfish style restaurant that is a favorite stop along the way down to Mobile Alabama. When we arrived there were already about 9 boats tied up – 4 to the docks and then the rest are the rafted to each other! It’s the only game in the area and that’s how it’s done. Everyone still pays the same going rate, whether or not you are lucky enough to be one of the boats that gets electricity that night, or have to climb over 2 or 3 boats to get back and forth to shore. 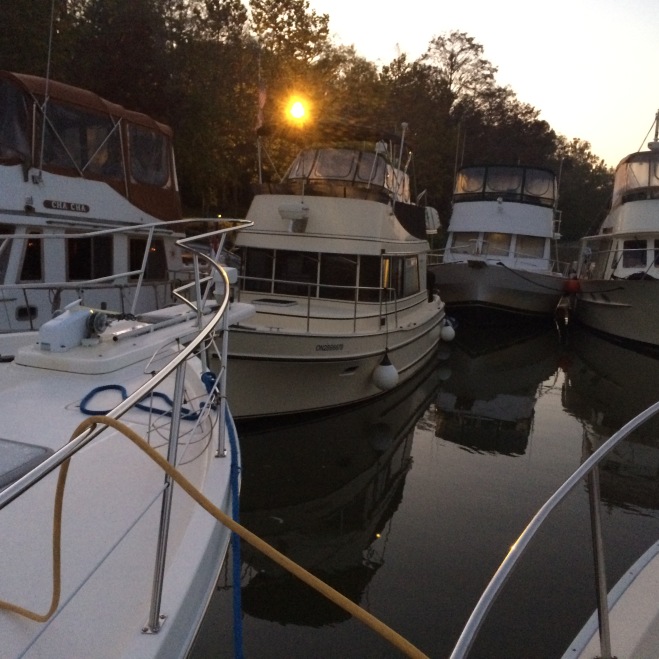 While eating fried catfish and other fried goodies at dinner, another 6am departure for the group was planned for Friday to get us through to next lock without delay. As it turns out, the boat we were rafted to needed to leave at 6am to go north, so we were motivated in the morning to get away quickly. Since we were at the front of the group of 8 loopers we got some interesting photos in the morning mist when leaving the lock. Before we spaced apart due to differences in preferred speeds I got this photo of most of the boats in a row. 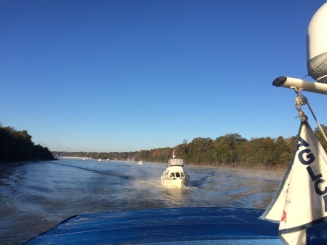 The river scenery has been fairly similar from mile to mile, but here are a few favorites shots of our travels these days. 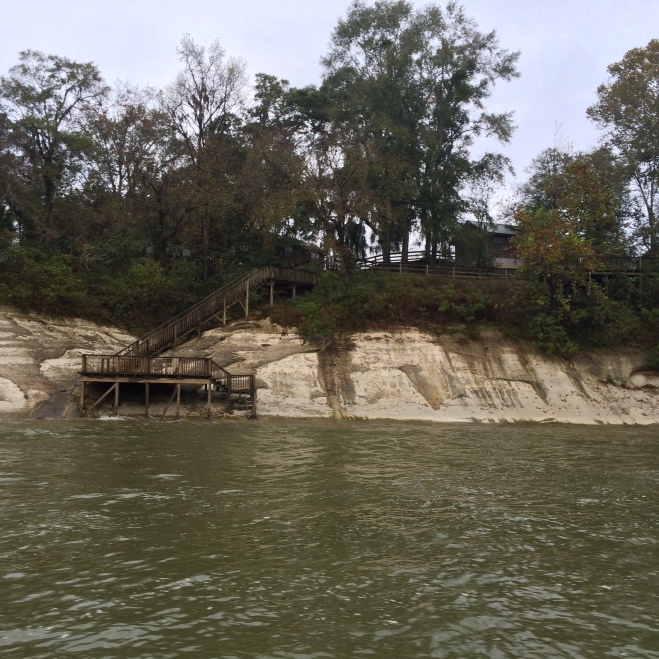 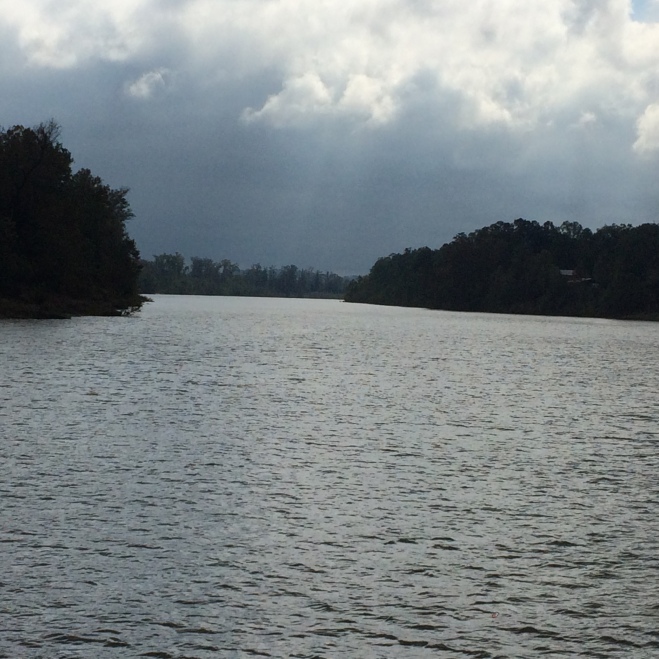