All three boats that anchored together before the Olmstead Lock left early to go through the lock and head about 10 miles to Lock 52 where we knew we’d likely be held up. The Olmstead Lock and Dam is under construction and does not raise or lower boats but all traffic must go through the new chamber. It is a huge, massive construction site that will be done in 2020, and we just cruised on by (when told to). 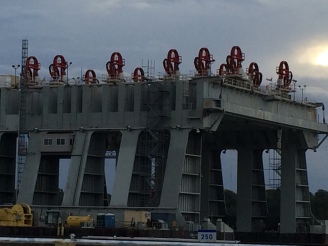 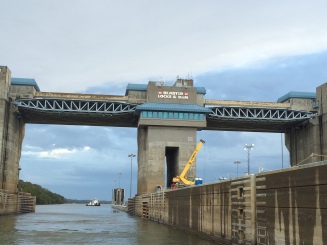 As we traveled up the Ohio we caught up with Dan, a sailor we met first on the Joliet wall and have been visiting with here and there on the way. This was the first time we saw him sailing, and he was doing it into the wind! 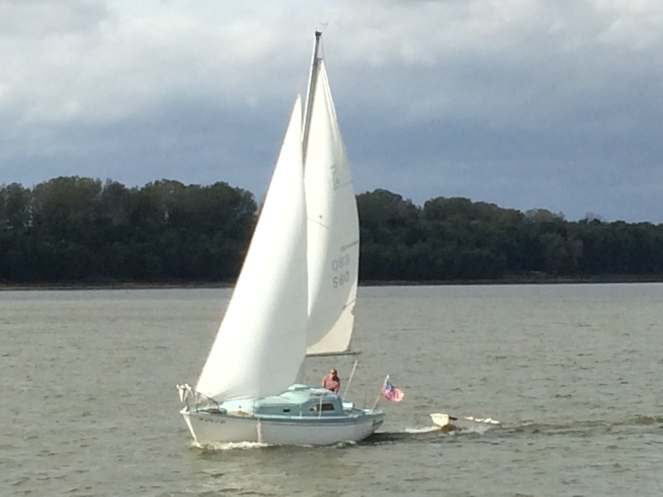 When we called the Lock 52 dock master we were told it would “be a while” and he told us where to anchor until he was ready for us.  When it was our turn (3 peaceful hours later) there were six pleasure crafts (up from the original 3) and we headed into the old, rough lock. 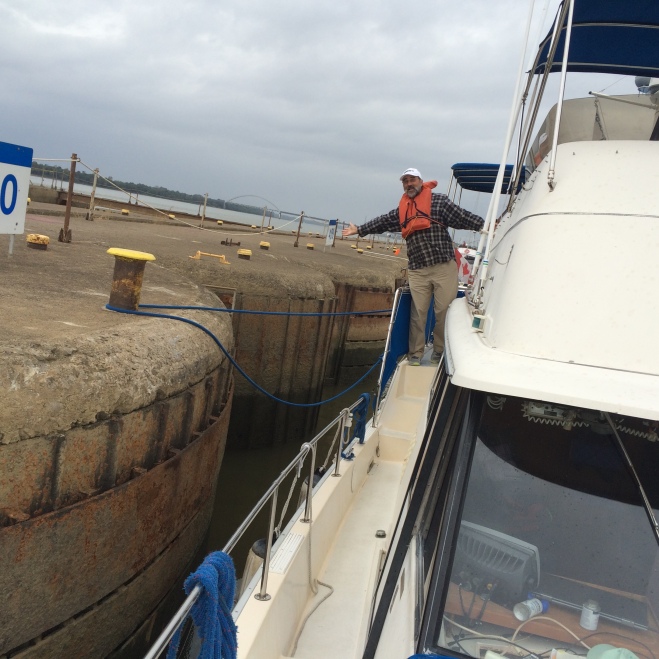 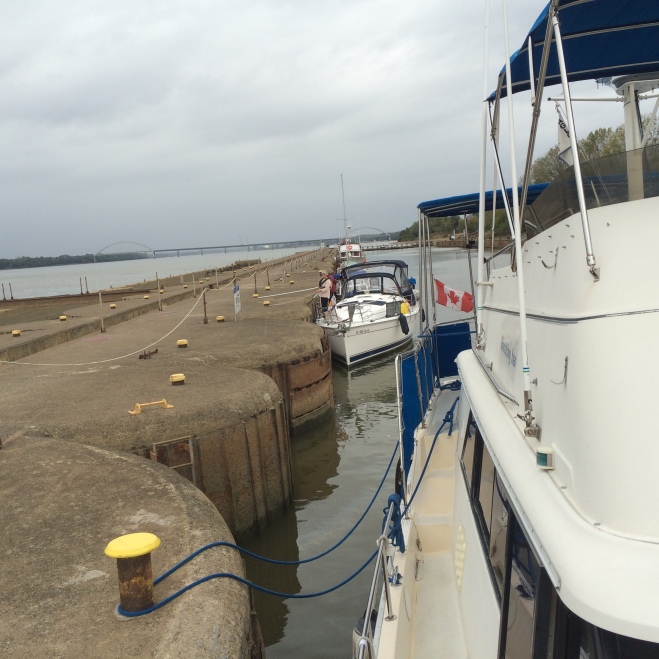 We arrived at the new docks in Paducah KY soon after and were welcomed by excellent dock hands in a light rain. After getting tied up we walked around town and were impressed with the dozens of fabulous murals along the large seawalls conveying the history of Paducah. 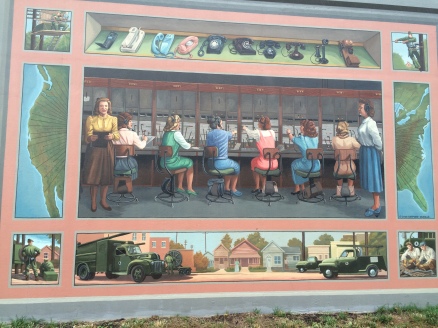 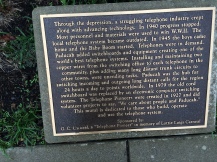 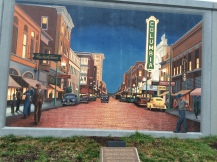 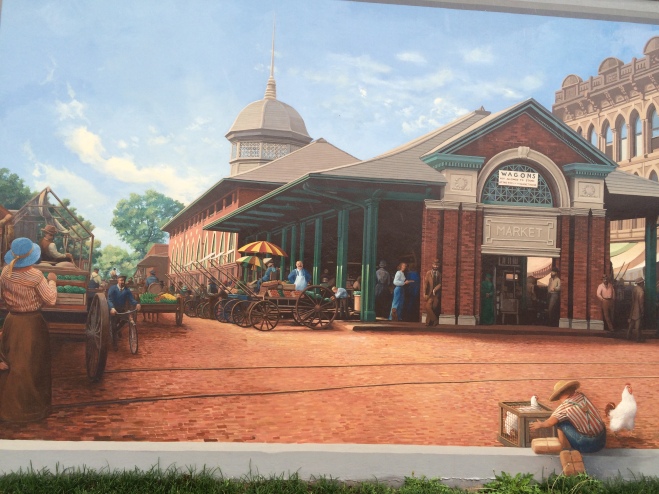 The group of us travelers had a fun and good dinner together in town before settling in for the night.

In the morning I got some shots of our boats on the dock and of the Padukah waterfront as Dirk and walked into town. 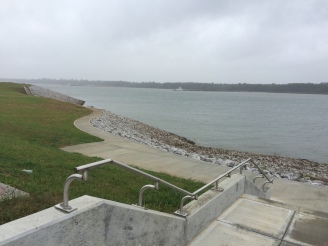 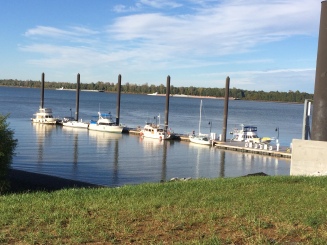 Also, here’s a river map showing how we got this far and where we will be going next… 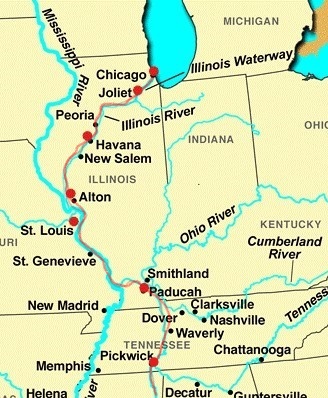 The town has many interesting buildings from early years of prosperity – we enjoyed the architecture. 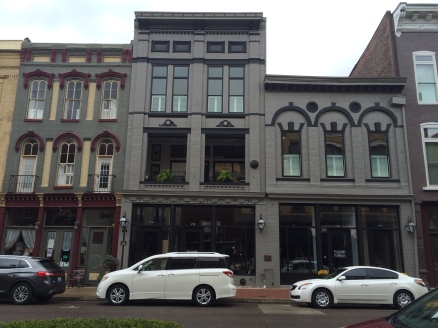 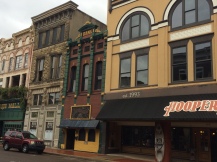 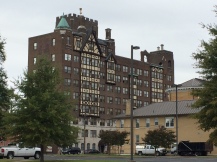 Paducah is a UNESCO Creative City and home to artists, fabric artists and quilters as well as the National Quilt Museum. I had no idea how large, elaborate and detailed a quilt can be and was so impressed by displays which included national winners from a number of years. Some quilts took years to complete. There were also special quilt art exhibits in different sections and I took just a few photos (not really allowed). 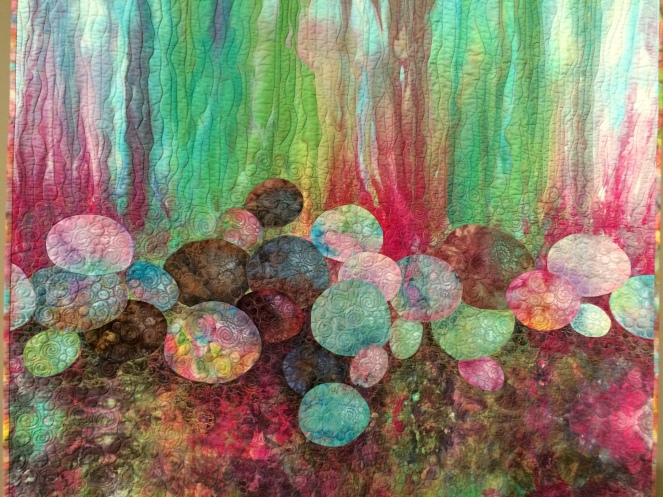 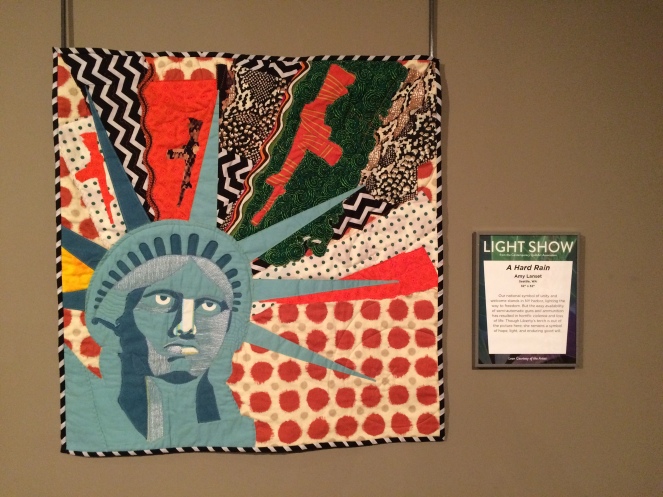 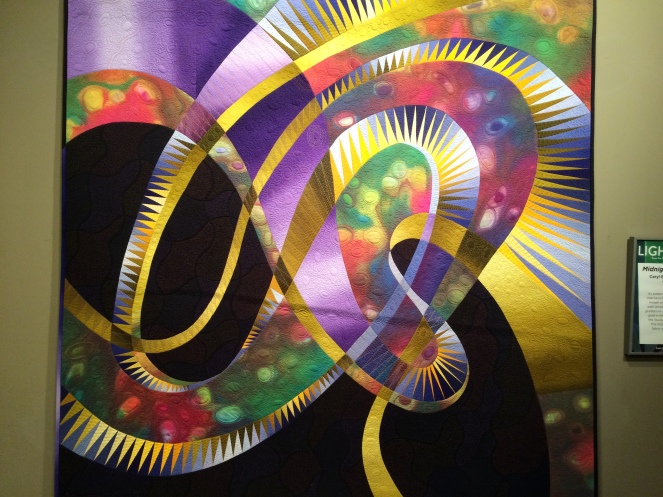 I would be happy to spend more time in Paducah but we are off to our next destination tomorrow.