September 11, Monday  – Little Current to a bay in the North Channel

I took an early walk and caught some shots of a large ferry and Wandering Star on the docks in Little Current. After our likely last grocery shopping in Canada we got underway with another long day of cruising over the open waters ahead of us. 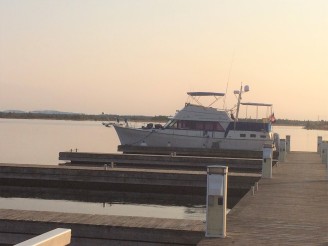 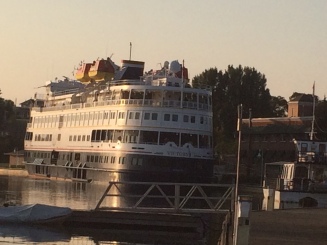 The wind had picked up a bit and we had one to two foot swells most of the day, which which we can handle. 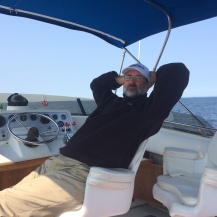 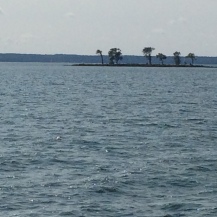 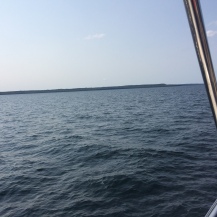 Later, when we crossed a channel that came up from Lake Huron we were hit broadside with larger swells and we bounced around a bit. One of the reasons for the swells is that our boat was moving back to our original destination after a diversion due being called on for a rescue mission!

The Coast Guard put out a call for anyone on the North Channel (us and not many others in September) to look for a metal rowboat drifting toward Blind River and needed help. Dirk responded, since the river was 12 miles away from us, which is hour and a half at our speed. The Coast Guard asked to change direction and head there in case the Coast Guard  boat was delayed, even though we were pretty far away. The CG gave us the latitude and longitude, but after we did some research the numbers didn’t make sense based on where we were. When we asked for them again the latitude and longitude destination was 3 hours away! Never-the-less he asked that we continue the course and we did. About 10 minutes later we got the “nevermind” call – their rescue boat had found the troubled boat. In all it was about 45 minutes of going in the wrong direction, but in case of emergency we’d hope someone would do that for us. 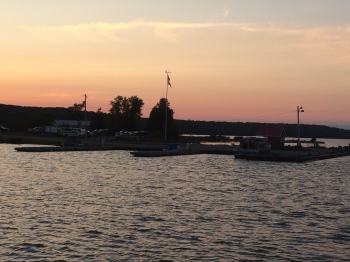 We arrived at our anchorage a little after 6pm – a old lumber town with docks and a breakwater, but no information about whether or not we could use the docks, so we chose to drop anchor.  It was a lovely, calm way to end the day.

The first photo was around sunset. The next around sunrise. 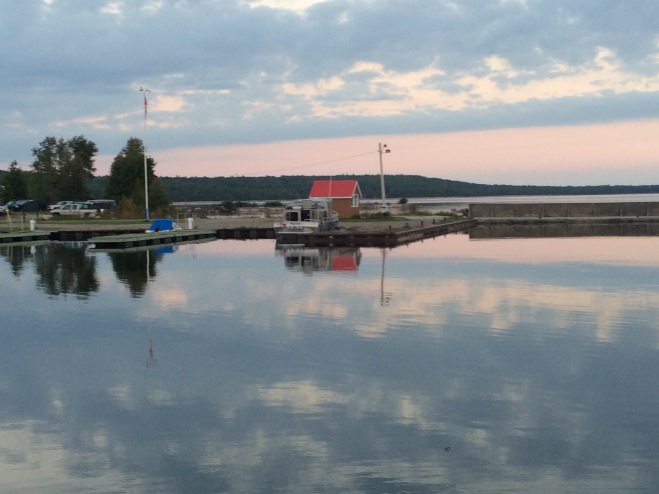 2 thoughts on “The North Channel of Lake Huron”