(But also by car from Stow, MA, to Redford, NY to Belleville, ON to Brampton, ON to Peterborough, ON to Bobcaygeon, ON!!)

We arrived back in Bobcaygeon and our boat late yesterday afternoon, the 4th, after a fruitful week away.

After beautiful Niagara Falls we headed home to Stow and a busy Lake Boon Water Carnival Weekend with events all weekend, and also were able get together with Dirk’s second cousin Sietse (rhymes with pizza) and his girl friend Derfogail (Irish name) who are now living in the Boston area. The week also included gathering warm clothes together for our upcoming later-than-expected travels in the Georgian Bay and Lake Michigan and also seeing a number of friends and family.

We left our house in Stow 4 days ago on Saturday, September 2, with the plan to stop in Belleville, ON (on Lake Ontario) for Aunt Willi and Uncle Dick’s Anniversary Party and in Brampton, ON (to see Luke and Saskia and Randy) before arriving at the boat on Monday (yesterday). I booked an Airbnb near Watertown to break up the 12 hours or so of driving. This unusual Airbnb was in a former hippy farmhouse and has 6-8 guest rooms on a sustainability farm with chickens, rescue pigs and alpacas, and is very close to the Thousand Islands. It was a great place to stay and we really enjoyed meeting the other 5-6 families staying there. The owner, Nicole Caldwell, has written a book about her experiences with the farm – “Better Farm.” 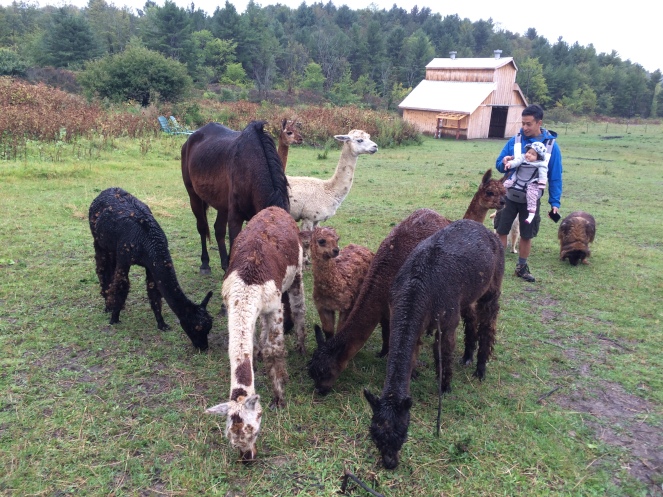 After the lovely 65th (!) Wedding Anniversary Party in Belleville on Sunday we traveled a bit more so we could stay overnight north of Toronto with Dirk’s cousin Saskia and family. On Monday we drove to Petersborough to drop off the car rental, where we were met by Judy and her friend Paul! Cousin Judy drove all the way up from Belleville so we wouldn’t have to take an expensive taxi to Bobcaygeon. We ate on the river in Peterborough, saw numerous Monarch butterflies and drove up to Bobcaygeon. 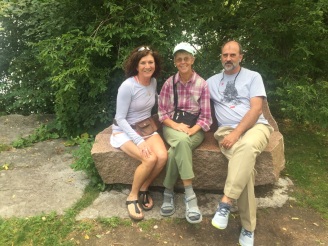 Our Wandering Star was nice to see again after a week and a half! Judy, Paul, Dirk and I  walked to get some delicious Kawartha Ice Cream and then we were left alone with our boat to unpack and find places for the additional warm clothes. 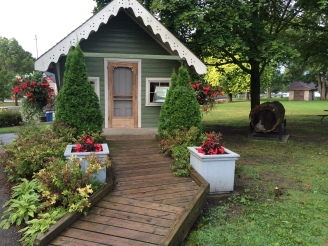 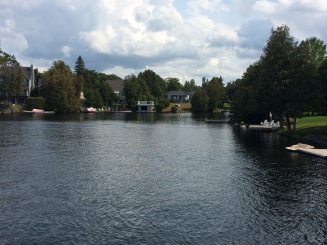 Today, the Tuesday after Labor Day, our favorite mechanic ever, Gord Gardner, came bright and early to our boat (7:30am) ready to complete the connections for the rebuilt Port fuel pump. He had thoroughly evaluated the port engine and recommended we use a heavier oil in the engine from now on.  Gord knows what he is doing and does it so quickly that he and Dirk were done before I came back with groceries. Thanks Gord!

Finally, on the water! We went through the Bobcaygeon lock again and learned that now there are new, shorter hours for the locks which makes our goal to get to Chicago before the end of September even more challenging.

We had traveled for about 4 hours when rain started just before a lock, but we went through and then docked the boat to wait it out and get on dry clothes. We were reading and after a while I noticed the quiet – the sun came out (!) and we were on our way again. 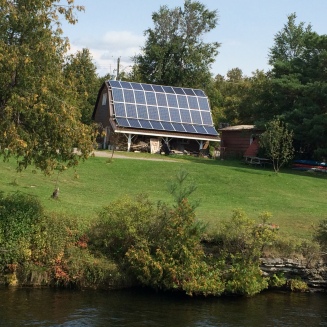 It was beautiful although slightly chilly, being on lakes, rivers and canals again. The Trent Canal, dug straight through solid rock was amazing as were some of the views on the river, particularly when the water was perfectly still. 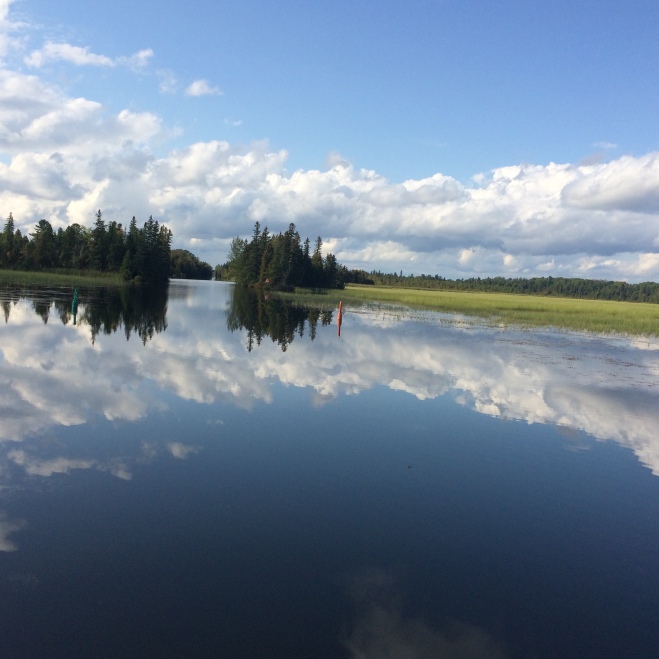 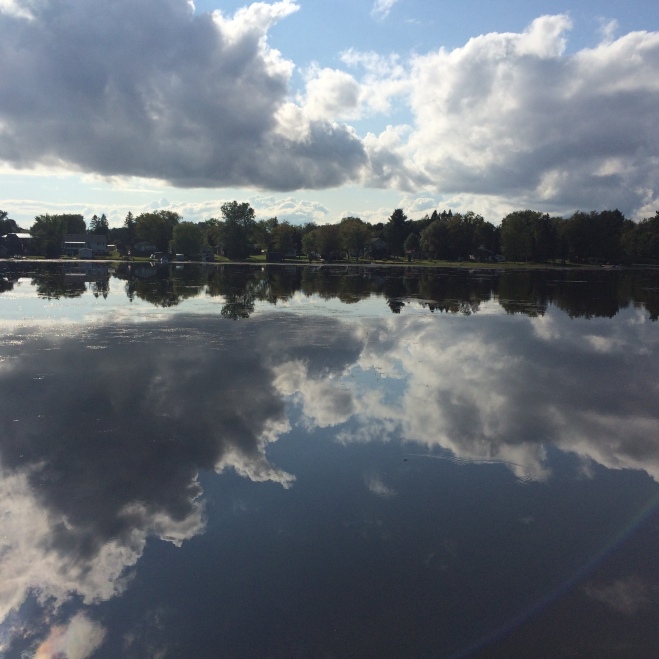 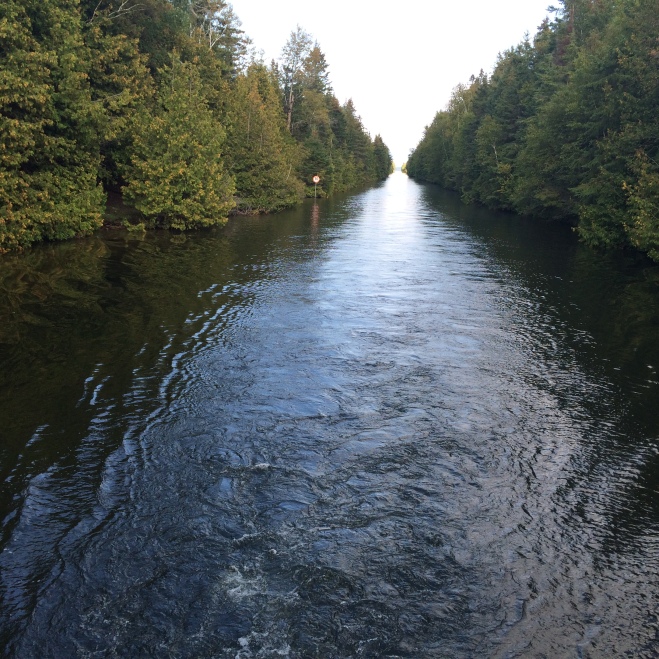 Tonight we are docked at the Kirkfield lock, the other lift lock on this Trent-Severn waterway. Since the lock closed early we have to wait until 10am to get underway tomorrow. Forced to relax and enjoy peace and quiet – Darn! 🙂

One thought on “On our way again!”