While waiting for the boat to be fixed and working on some boats projects, I also had time to explore a bit. One morning I took a sunrise walk around one of the many Belleville Parks and bike paths. 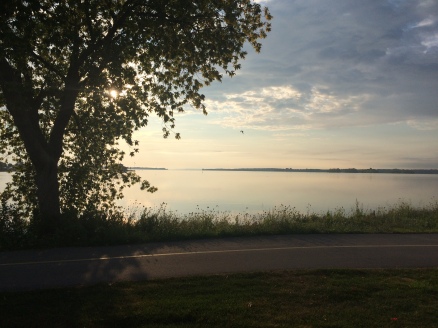 I visited the Glenmore House, Canadian National Historic Monument. It was built in 1883, and is an example of the Second Empire style architecture similar to the Parliament in Ottawa, but in a private home. The furnishings were all of the era, and the walls and carpets are restored to their original Elizabethan look. It was a treat to be in a home that elegant. 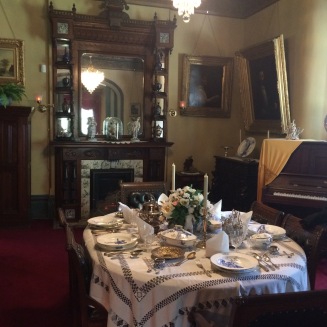 We again played Cribbage with Judy in the evenings. She is beating me and almost beat Dirk!

On Wednesday, more work was needed on the transmission and I took advantage of the extra time and traveled south to Prince Edward County to the famous Sand Banks Park. I’ve never seen anything like these hills and valleys of sand dunes that extend in every direction. I walked away from the starting point for over 45 minutes and still hadn’t seen a fraction of all the dunes that surround this park. Stunning! 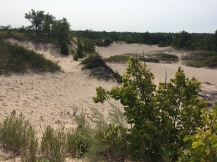 After walking in the interior of the dunes I headed for the shore of the bay, and saw families enjoying the water on the way back. I walked in it too and it felt great. 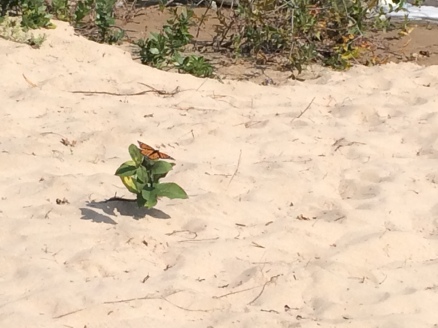 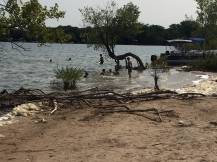 I also saw milk weed and then looked around for Monarch Butterflies. I even got a photo of one while it fluttered around the plant.

Before leaving Belleville on Wednesdy afternoon we visited Uncle Dick, Aunt Willy and Cousin Dirk de Boer and his wife Janice and said our farewells for now. Aunt Willy sent us along with some of her famous cookies.

By 5pm we arrived in Trenton, Ontario and the beginning of the Trent Severn Waterway – our next 230+ mile, 45 lock adventure. We continued on to the first lock, which was closed so we tied up there for the night. 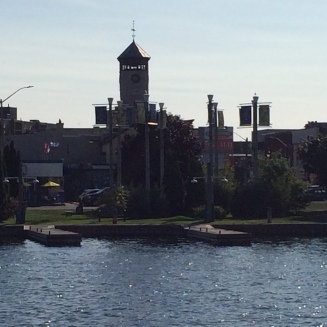 We had a surprise visitor last night! Judy drove to the lock after playing tennis, bringing us the steps we sadly left behind in Kingston. Thank-you Judy!

One thought on “Exploring Belleville and Surrounds, heading North again”