Dirk enjoys airplane museums large and small, and so after I thoroughly enjoyed the mosaic plants exhibit we headed to the Canadian Aeronautic Museum via a Uber ride. I was immediately interested in the goings on there, because two mechanic monsters were being prepped for parades planned for next weekend, and we got to see them being tried out. The monster robotic spider required 12 people in climbing gear to be raised about 100 feet in the air and repel down a rope to land on the massive mechanical spider, take seats and make the legs move! 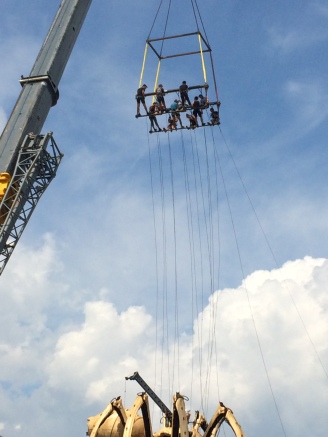 A huge dragon will also walk the streets of Ottawa.  I learned that most of it’s exterior was carved wood, both for  effect and because it is lighter weight. I did get to see the dragon move a little and blink its eyes. Note the two people on the dragon working the controls. 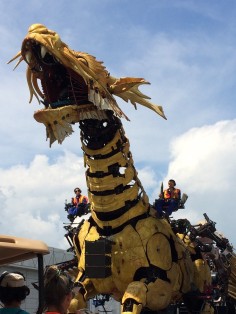 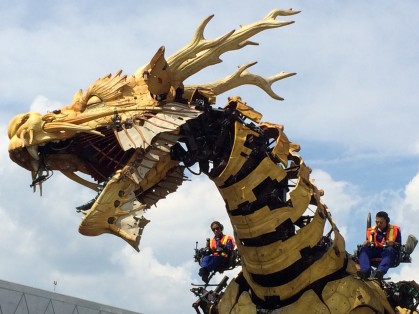 While I was watching monsters and shopping in the museum store, Dirk had a tour of  a large building full of airplanes not displayed in the main museum. We then looked through the main museum together. I enjoyed this particular airplane museum because it provided excellent overviews of how and when the planes were used (versus just aeronautical data). This put the people factor into the exhibits, making the museum interesting for me too. 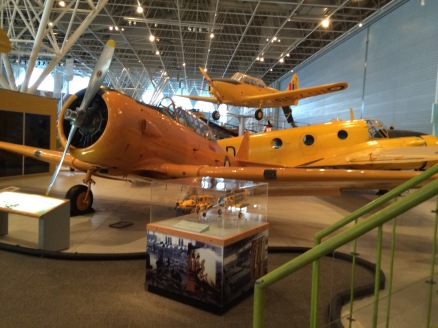 After  leaving the museum as it closed for the day, we enjoyed a great meal at an Indonesian/Malaysian restaurant nearby. We got back in time for another grand performance on the Ottawa Parliament lawns this time also including American Marine and German naval bands, as well as a large bagpipe band and the Canadian Honor Guard band. Wow! 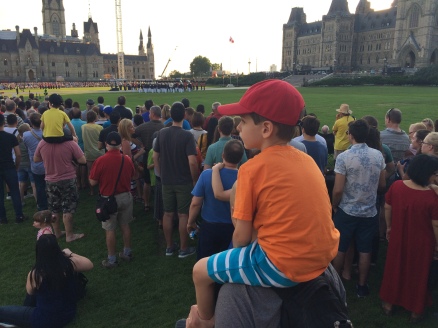 And finally, good night and good bye to the Parliament and Ottawa. 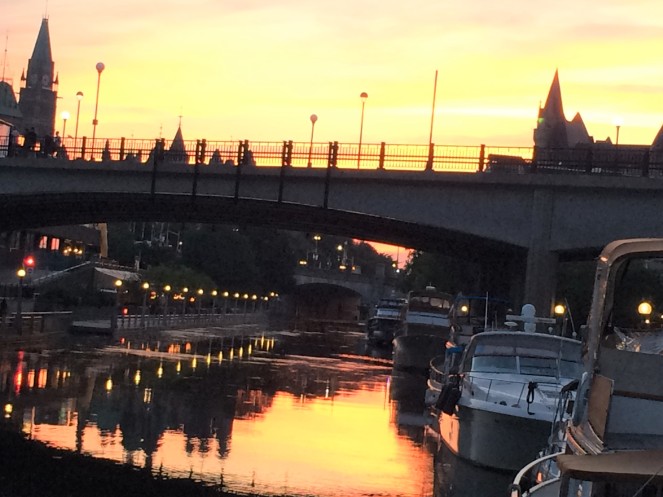