Four cruisers left the Whitehall town wall a little after 7 am this morning heading north. 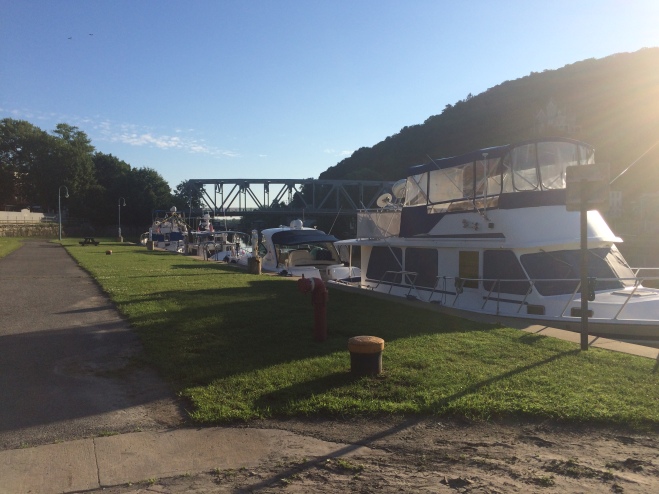 Dirk and I delayed a bit and then waited for a old schooner and it’s tug to go through the lock. We learned it is on a tour and carries at least one young musician, because we met his teacher near the lock the day before.

After going through the lock we docked right away at the lower New Whitehall Marina to straighten our mast again and put our sundeck cover frame back up.  Since we have no need for an 8 foot ladder on the boat, we had offered it to Phil who helped us yesterday. He and his wife Linda joined us on the dock and Phil helped Dirk get the mast back up too. We waved goodbye to them and our ladder, worked a little more on the sundeck  (in the heat and sun) and were on our way.

As we traveled up the Champlain River towards the lake we could see signs of the heavy rains. Trunks of trees were resting in the river, the water was very muddy, and we saw  a picnic table that is normally on the land partially covered with the river. 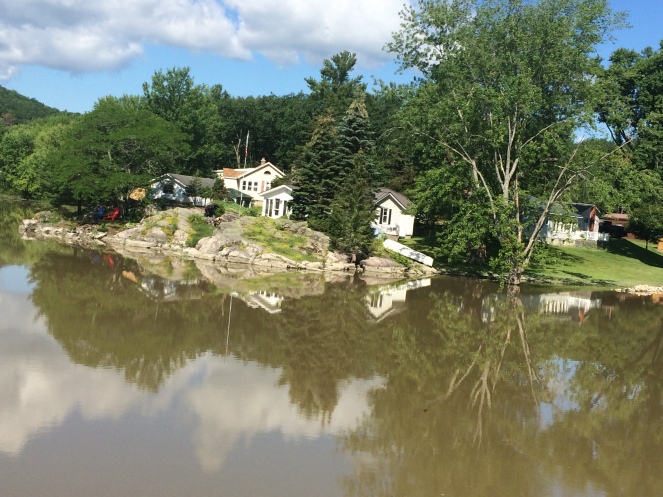 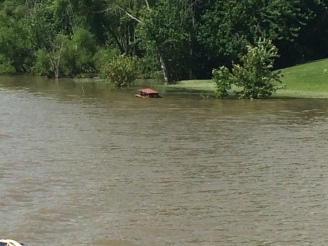 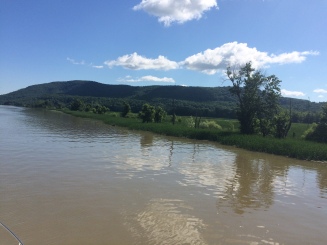 The river is beautiful as we head north and start to see signs of mountains to come as well as pasture land as the river became less muddy. As we came to lower Lake Champlain the view opened up. I think we chased that sailboat all day! 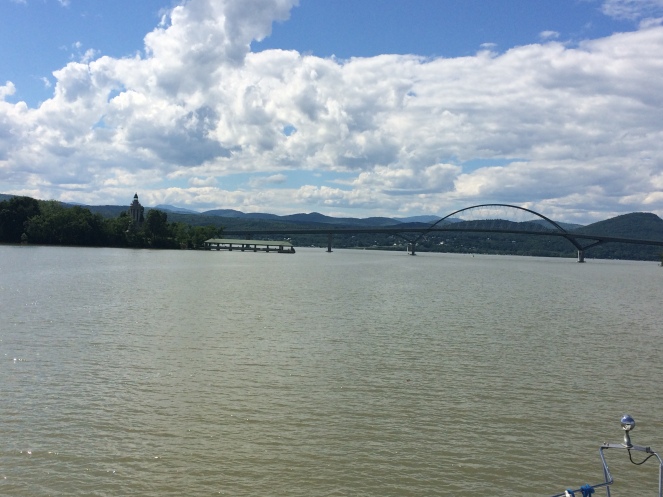 We had considered visiting Fort Ticonderoga but found out there is nowhere to dock. We’d have to anchor out and take the dinghy ashore, and we  didn’t have the energy for it after the morning’s fun (?) with the sundeck. It was too bad we didn’t stop because our daughter’s in-laws were only 10 miles away at their home on Lake George and we would have liked to visit with them.

Heading north we passed a number of possible anchorages, but decided to try the one mentioned in the Waterway Guide in Bulwagga Bay – great name! It was in view of the Lake Champlain bridge. We stayed near the top of the bay near a summer trailer park. It worked out fine.

One thought on “Lake Champlain!”