Yesterday was trip prep day as we continued our stay at Waterford’s Welcome Center with free docks and electric. We had many advisers regarding the maximum boat height in order to fit under the Champlain Canal low bridges, including dock masters that said that 17′ is a good bet. The only way for us to get close to that height was to lean the mast (carrying the Garmin Radar as well as a TV antenna we don’t use) forward or back, and the way it was configured, only the option of leaning the mast back toward the stern made sense. That meant the sundeck cover would have to be moved! Reminder view of boat with sundeck roof… 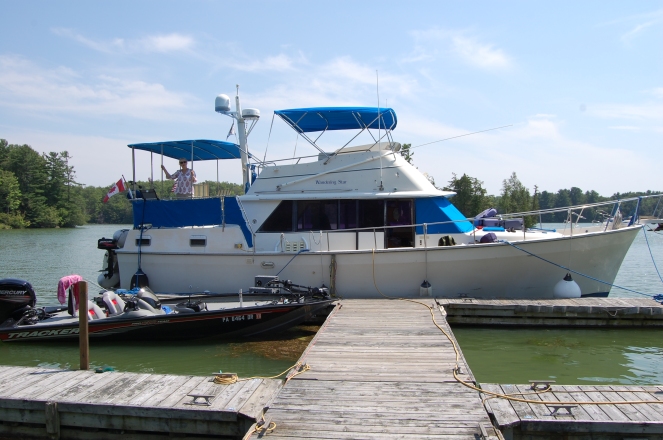 (Feel free to skip this if this is too much detail.)

Next, how to take apart some or all of the top part of the sundeck awning so that the mast would have room to lean back. Turns out there was a canvas expert in Waterford that we called. He stopped by and helped us sort out where the frame junctions were hidden. Dirk took it from there and dissembled the front half of the awning frame, which we then tied up to the top of back half, still leaving us room on the deck.  Next challenge, what to lean the mast on, since it could only be angled about 35% without disrupting Garmin wires. Dirk thought of buying some lumber and building a simple A-frame, but then – ah-ha – we decided a ladder could do the same job and be easier to acquire.  Unfortunately the hardware store was a mile away and it was warm, but we walked it.

We bought a ladder and some ratchet strapping while discussing our challenge with the store manager.  Being bold and tired I asked her if by any chance she could drive us and our purchases to the marina, and she was happy to do it. Nice people in this town.

With the help of Kelly from ‘In Deep Ship’, the three of us leaned back the mast and tightened the ratchet straps to make sure the ladder and mast wouldn’t move anywhere. We measured again, and we were just bumping up against 17′ (instead of 18.5) so the anchor light had to come down as well to get us down to about 16’8″. It doesn’t look pretty but now we can go up the Champlain canal to the Lake Champlain and then the St. Lawrence. 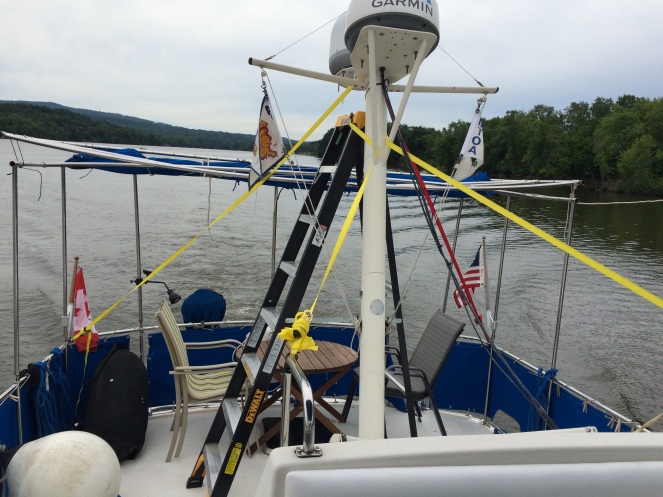 About old lock mechanisms… We took the canal river walk route to the hardware store which took us over Lock 1 of the Erie Canal. Tom the dock master wasn’t busy and was happy to show us the mechanisms of the locks DC engine (!) built in 1915. We also saw the walls from the original first lock. 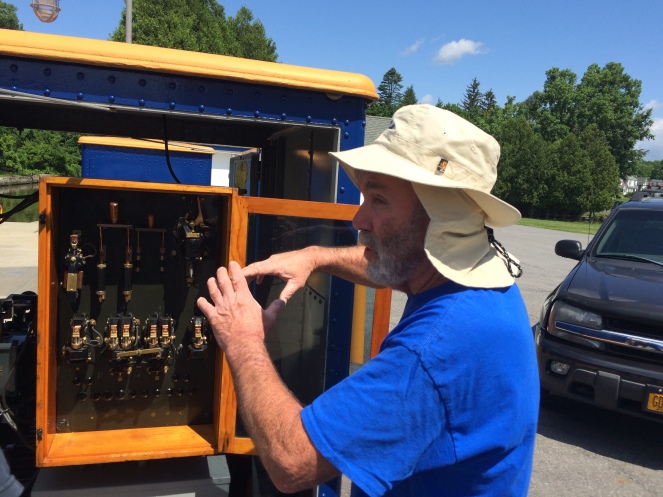 Tom walked with us along the old Champlain canal for a while. It is a lovely walk and we even found ripe blackberries along the way. 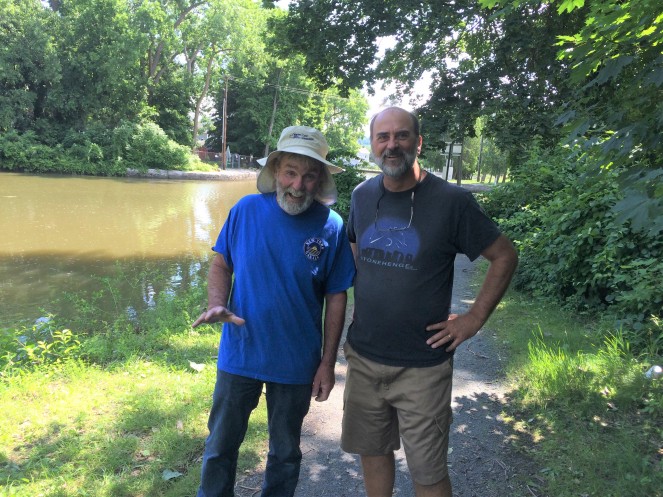 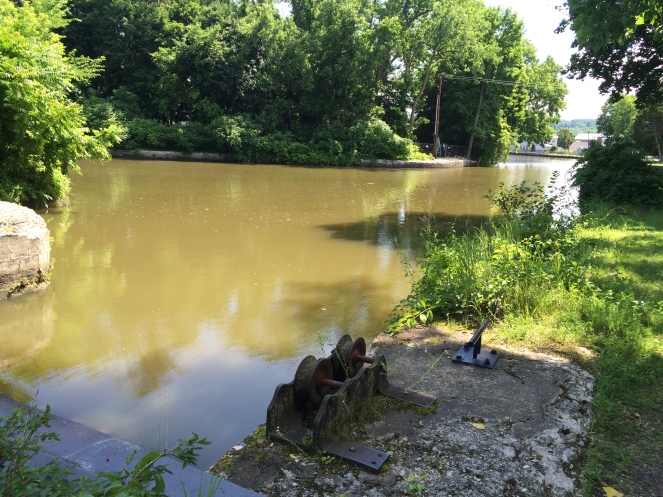 As we were leaving Waterford today I took a few photos of the Welcome Center. It was a great place to stop for a few days, and we took advantage of two restaurants, the laundry mat and the local grocery store while we were there. 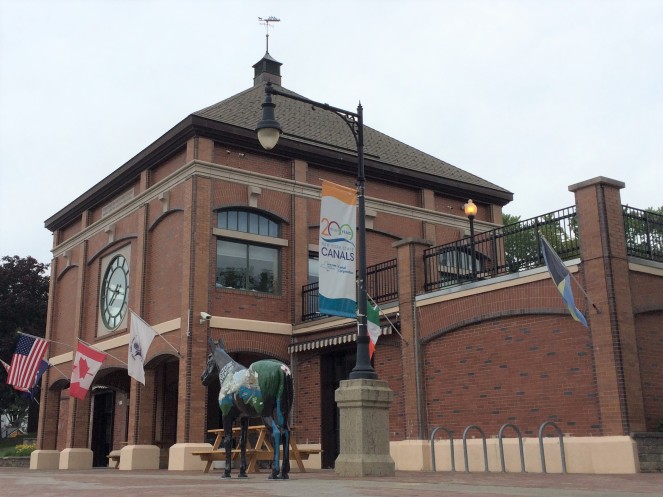 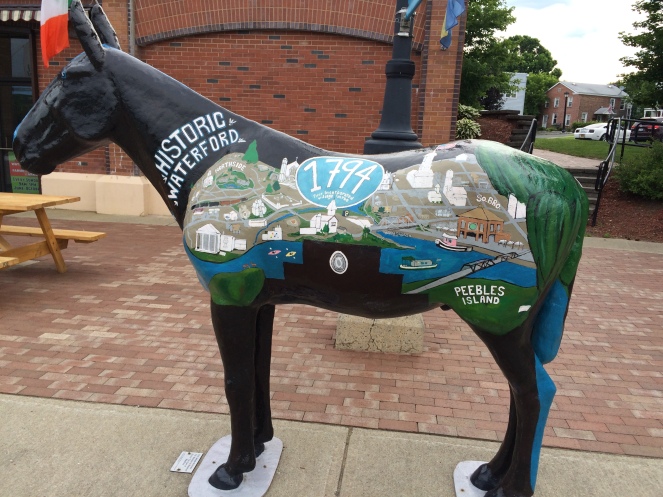 OK – enough for today. Tomorrow is about the Champlain Canal as we continue on our way.