The New York State canal system includes the Erie Canal, the Champlain Canal and many more that lead up to Lake Ontario and down to the Finger Lakes. Today was our first experience of the New York Champlain locks and it was very positive. The lock masters are friendly and helpful and the locks have ropes we can grab to make it easy to ride the water up (and later down) the canal. 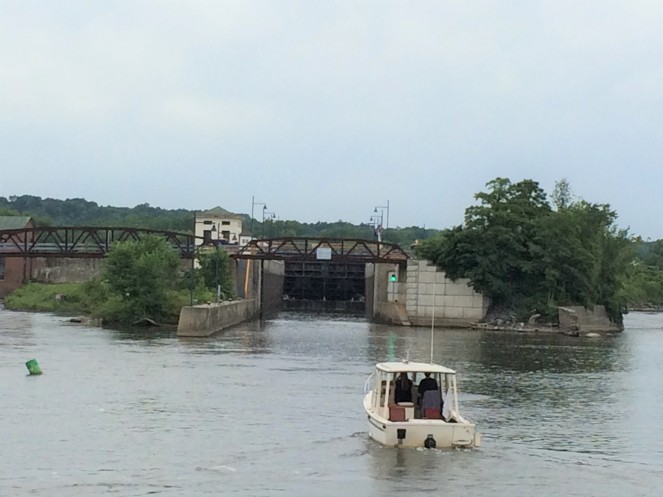 The locks along the Champlain Canal also have park areas on top, and sometimes boaters tie up before or after the locks and enjoy the parks.

So far we have primarily been traveling on the Hudson River except for an area where a canal cut was needed. Tomorrow will be almost entirely on the excavated Champlain canal. I’ll miss the river. 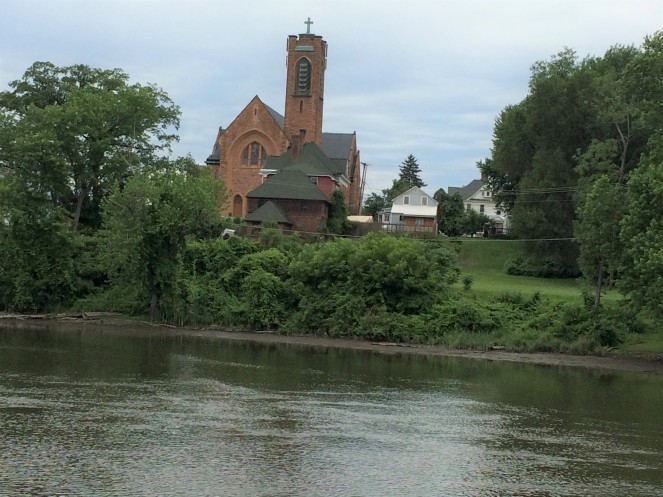 After about 7 hours, and 6 locks,  and 42 miles from where we started, we entered the channel to Fort Edward waterfront park, a grassy area with a cement wall with cleats and ladders, free electric (!) and bathrooms. There’s a small town with a couple of restaurants, but since it’s a little rainy we may just stay on board. An official canal representative did come by to greet us – impressive – even in the rain.

I hadn’t realized we had been traveling so long today since the trip is broken up by waiting to get into locks, entering, waiting for the water to lift us and then leaving the lock, done 6 times today. We’ll do 5 more locks tomorrow and then move to the the Champlain River. (That’s what we thought anyway!)

One thought on “Locks, Canals and Rivers”