We have been so fortunate so far on this trip – never had to worry about the weather. But yesterday as we started to say good-bye to our new friend James, he showed us the radar for the day  – a storm was coming our way. The dock master also suggested we not travel since a small craft warning had been posted (guess who hasn’t been checking daily weather!) . As optimistic as we are, we decided to heed their warnings and stay put. The dock master needed us to move to an inner slip which we did with his and James help, and we spent the day either on board or buying binoculars on sale at West Marine.

Today we were planning to leave early but I went up on the flybridge and the wind was howling. The new “Windy” app was predicting 20 mph winds all day which we had never seen before.  Dirk and I took a walk, got some advice and decided safety was a higher priority then moving along so we opted to stay another night. James invited us to join him and another boater, Keith, for a Mexican lunch in a non-tourist area of the island. We got there and – Hola – it’s Cinco de Mayo with an all you can eat all day buffet, and music and banners. So we’ll be going back for dinner too!

James had mentioned the historical Fort Frederica site where a final battle between the English and Spanish was instrumental stopping the Spanish threat to the Georgia colony. It once was home to around 800 people and is now only beautiful area and an interesting archaeological site.  We listened to a movie of its history and toured the area this afternoon. 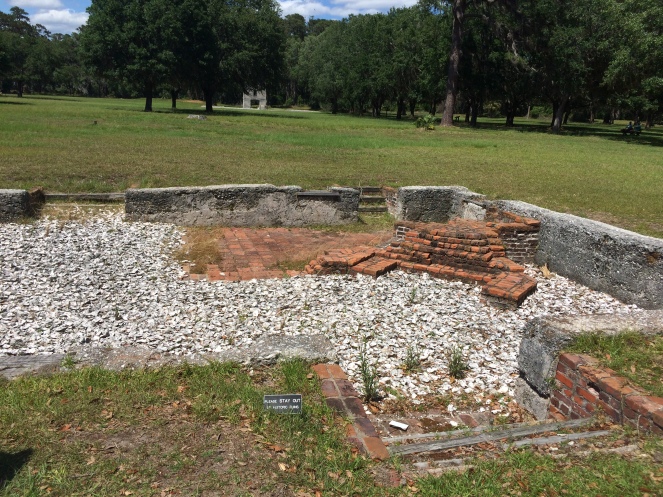 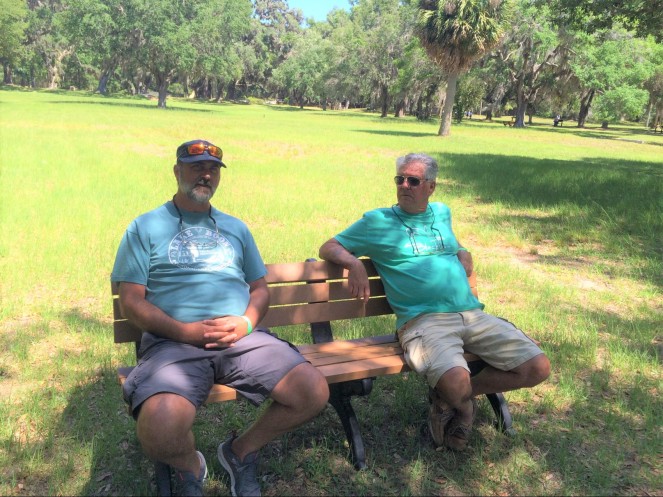 Hopefully the winds will die down and we got get underway tomorrow… Adios!