Today we just kept going and going…  It was a great day and we started early. We haven’t gotten up the courage to stop during the day yet so I make lunch on the go and we eat it on the flybridge while traveling. It’s Saturday so there were a lot of boats going by quite fast, their wake rocking us as we grabbed items. I lost my iPhone for a while and found in in a lower shelf of the flybridge after searching everywhere. (Dirk had to call me). 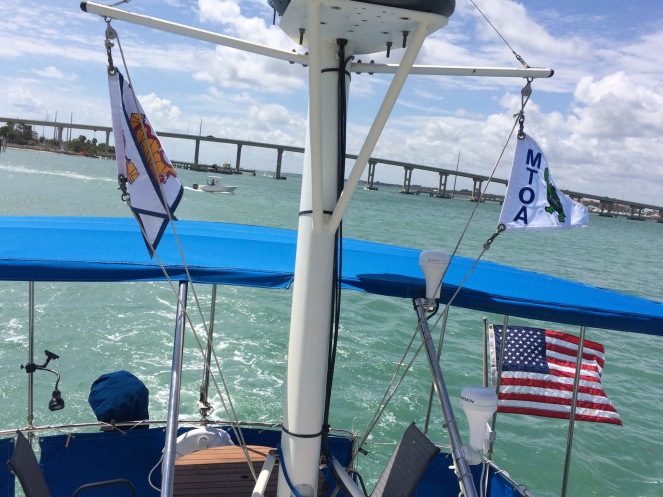 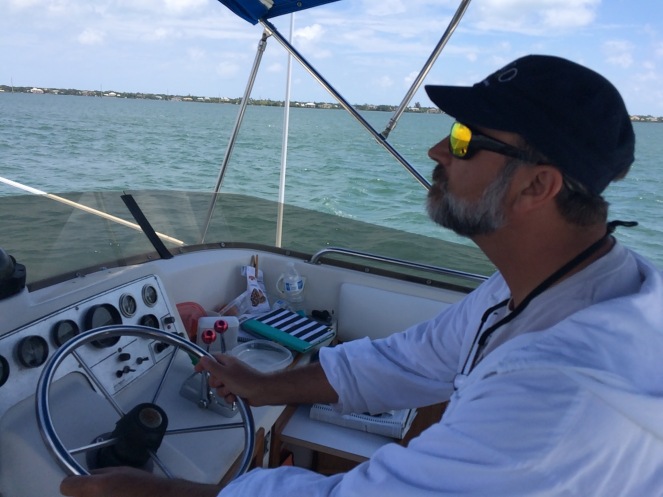 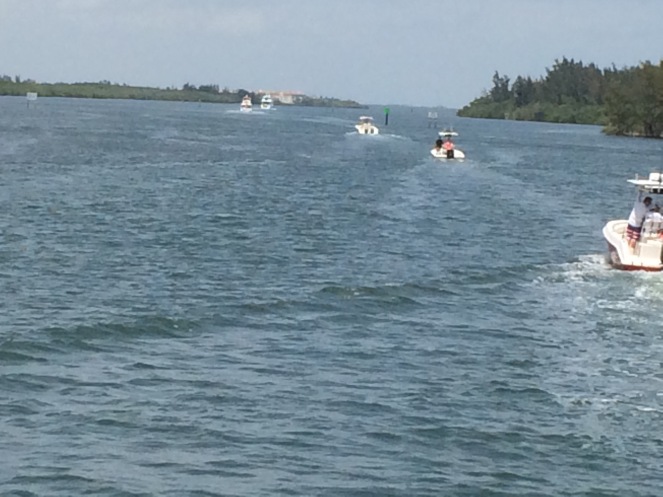 When we started I thought St. Lucie River was somewhat wide, but after going through the St Lucie inlet area we entered Indian River, a really wide body of water; at least a mile across. It is relatively shallow so we need to stay in the channel marked for the intracostal except when another shore channel is marked.

Looking for an anchorage we followed one of the shore channels in and even that was too shallow – we were stirring up mud on the bottom. Dirk turned us around we and nervously exited, tried another area that was also getting too shallow and finally found an anchorage with other sailboats behind a small island. Very nice.  Someday soon we’ll actually use the dingy to visit ashore but haven’t wanted to tackle that quite yet.  We are concerned about the effort of reloading but I’m sure we’ll figure it out. 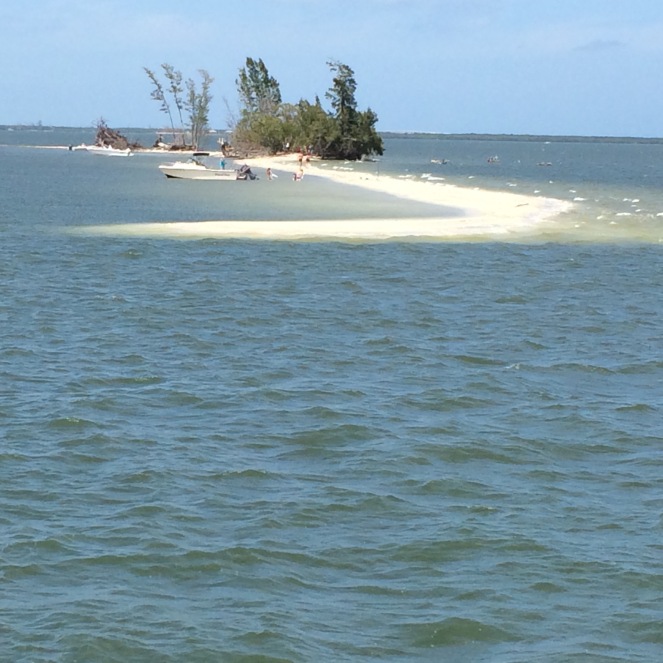 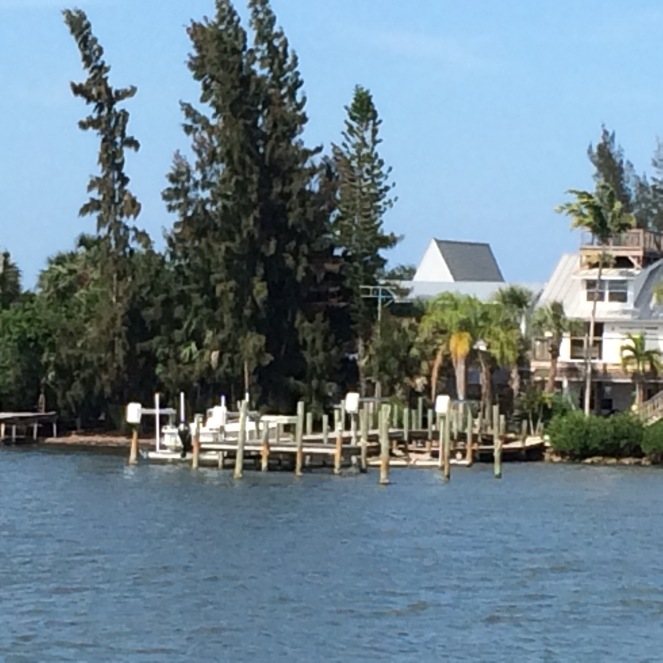 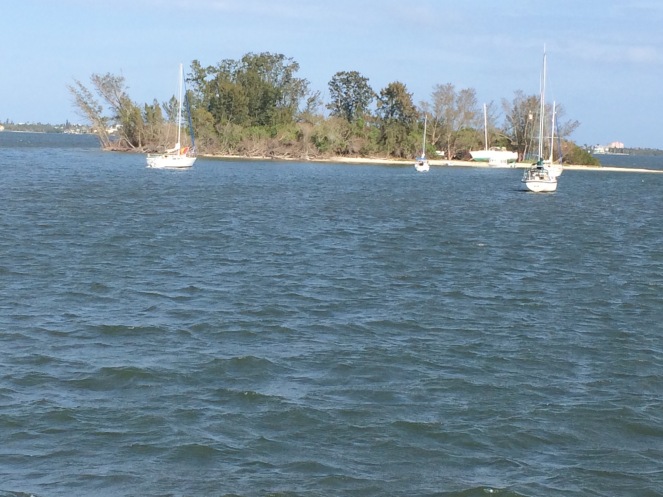