To prepare to leave this morning  I returned the car rental and Dirk bought more engine room supplies up the street at Boat Owners Warehouse (BOW). We are buying things at BOW- who would have thought?

Then off we go with a little help from the friendly people at New Port Cove Marina.  But, about a half mile out, the other engine (starboard) stopped working. Just won’t start and stay on. We were already heading for North Palm Beach Marina for a pump-out so we called ahead to let them know we were coming and would need help. Then we called Gregg Burkey (Diesel mechanic)  who just fixed our other engine. He called us back, met us up north at the new marina, and fixed the issue in 10 minutes. How nice was that! North Palm pumped us out and helped us navigate in and out and then we were really on our way again.

It was wonderful to relax and see the sites and just be on the water today.

We are now anchored in a bay named Pikes Lake south of Port St. Lucie and hoping the fast boats quit soon so the boat stops rocking and rolling. Oh well, at least we won’t be knocking against a dock. Nice sunset, right?

We are using map of all sorts, mostly very detailed maps of the waterways both in a boat guide book and on our GPS marine chart plotter. The big picture of the east coast ICW is also handy to check out some of the major destinations. 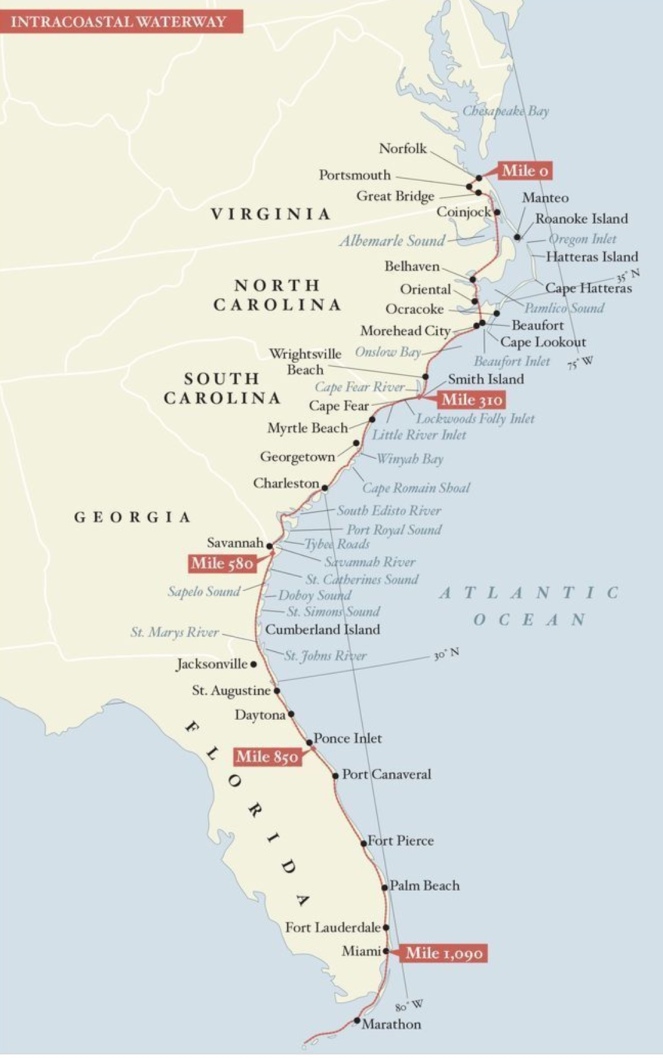