Instead of going to the Boca Raton UU church with everyone, we decided to move north to the first marina that had room and would be kind to new boaters. We called the current  marina – no one answered for a number of hours, so we figured we’d pay up by phone later and left.

We enjoyed the trip north to Rivera Beach passing under bridges where we met up with the coast guard (Trump was in the area), through the city of West Palm Beach, seeing the hospital where Arden was born from the ICW view, and looking at the Easter fun around Peanut island.

The New Port Cove Marina in Rivera Beach charges more, but what a difference. Of course, we were older and wiser too and asked for help when we called and confessed we were new at this and would like a slip that isn’t very near any expensive yachts! Everything worked out fine, and when we had some problems with the electrical set up later they sent some excellent people out to help us again.

We had a wonderful Easter dinner with Sarah, Chris, and Arden and Chris’ parents, Janet and Masood Aziz.

Janet and Masood rented a great AirBnB house near Sarah and Chris with a pool and cooked a delicious dinner. My husband and daughter both mentioned the number of years since they’d had home cooked ham (never for Sarah :)). Arden loved the pool, and bubbles and ball, and the Easter egg hunt. 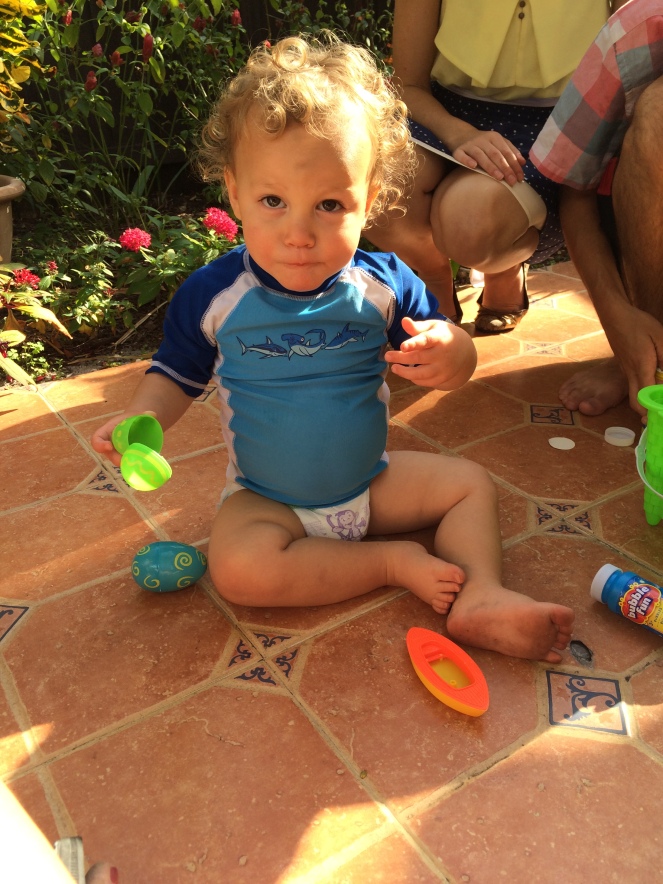 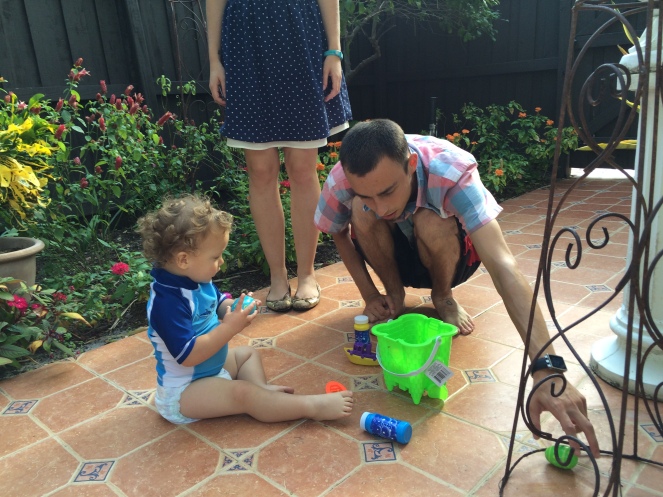 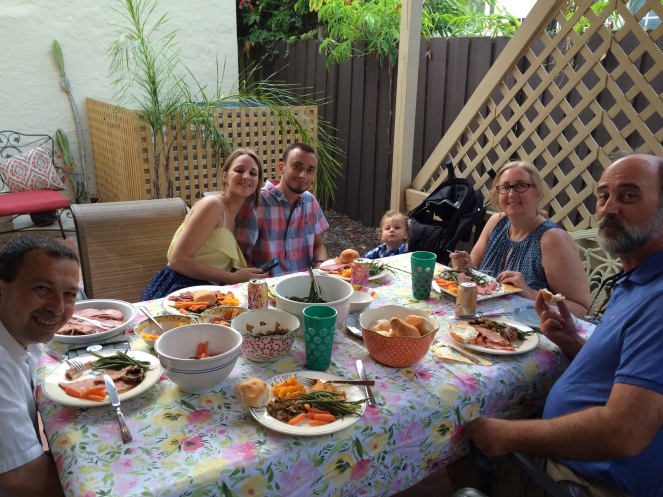 We are back on the boat now. Enjoying the calm, slow rocking and sound of small waves. Very nice. This is what marinas should be like.

Well, the bad news is that we have continued to have issues, now fully focused on the port diesel engine. The good news that it was here in Riviera Beach, close to our daughter and grandson, so we’ve had a lot more time with them than we had planned. I also had more time to look for things like guest chairs for the sundeck and consider buying a ramp to go between the boat and dock when the gap is too big (but not easy to find an affordable solution).

Later today: Good news! The engine is repaired and working and we leave tomorrow am. I had a great day with Arden and even went to the Lake Worth theater tonight with Janet. That was a treat. So off we go tomorrow!