We started the day with a few challenges – the generator wouldn’t stay on and we had no water and suspected a problem with the water pump. But since we were going to stop and see our daughter Sarah Hart/Aziz for a few days in Lantana, we called ahead to find a marina where we could stay and get repairs.

This was a day of traveling past Ft Lauderdale views, amazing homes in a narrower part of the ICW and calmly waiting for many low bridges to open for us on their schedule – but we aren’t in a hurry so no problem. Note – the lowest bridge happened to be named George Bush. Dirk figured out why we couldn’t communicate very well with the bridge tenders (the VHF wires weren’t connected!). 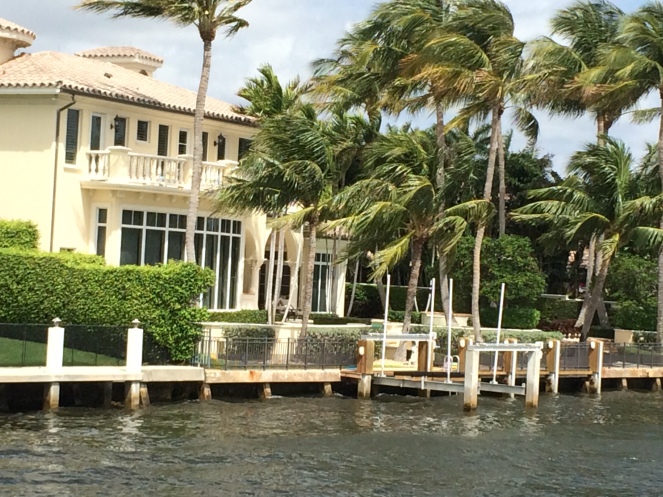 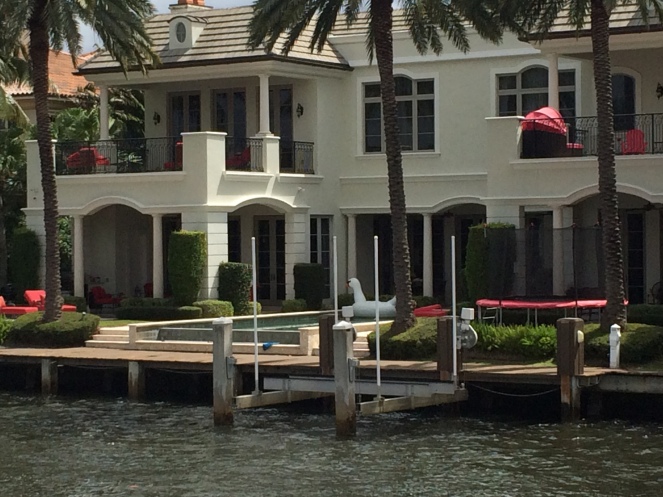 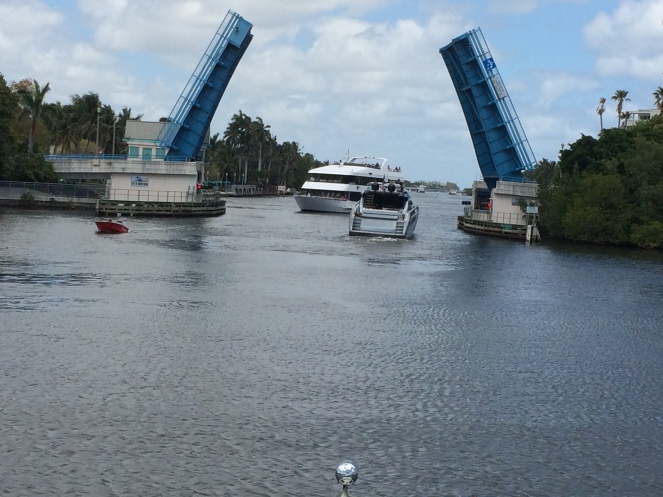 When we arrived at the Palm Beach Yacht Center in Hypoluxo the wind was blowing and no one was outside to guide us in – we didn’t think to call ahead for help even though this was our very first time docking anywhere but in our enclosed marina in Islamorada. I ran around like crazy getting ropes ready for docking – could have done that a lot earlier too! In the midst of docking one of our engines quit and made it really hard for Dirk to parallel park, but he did it and we got tied up with help from someone from the marina who had noticed we had some difficulties. Whew! But then… We were asked to move to a small slip. Both engines worked for a bit and then the one quit at the worst time. I won’t go into the details, but we missed hitting some expensive boats by millimeters I think. We gave up on that slip and the dock manager gave us one at the end of the dock, not near anything else and we got in and tied up. Done with one day’s major learning experience! We’ll look into help with the boat issues in the morning.

Sarah came over after work and was finally able to see the actual boat after so many photos. She enjoyed it until the boat starting rocking from the fast boats going by – guess she inherited my seasick tummy.  Our grandson Arden is visiting his other grandparents and family in New Jersey so we won’t see him until Saturday.

One thought on “Challenges and Our First Visitor”